JL was stopped by the Massachusetts State Police for having a tail light out. JL was able to produce his license and registration with no problem. JL had an oder of alcohol and the trooper asked JL if he had been drinking. JL said he had 2 beers. JL was aksed to step out of the vehicle and do Field Sobriety tests. Based upon the sobriety tests JL was arrested for suspicion of DUI. The Trooper stated that JL was cooperative and pleasant at all times and he was able to speak in a normal manner. JL blew a .08 on the Breath test and he was over the legal limit. Trooper Tucker removed a bottle of antbiotics that JL had a prescription for. The antibiotic was being taken to reduce a fever that JL currently had. Attorney Lynch hired an Expert Witness that testified that a fever will inflate the reading from a breath test. The expert indicated that JL's true BAC was in all liklyhood lower than .08. 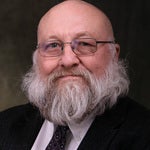